What is a pulmonary embolism? 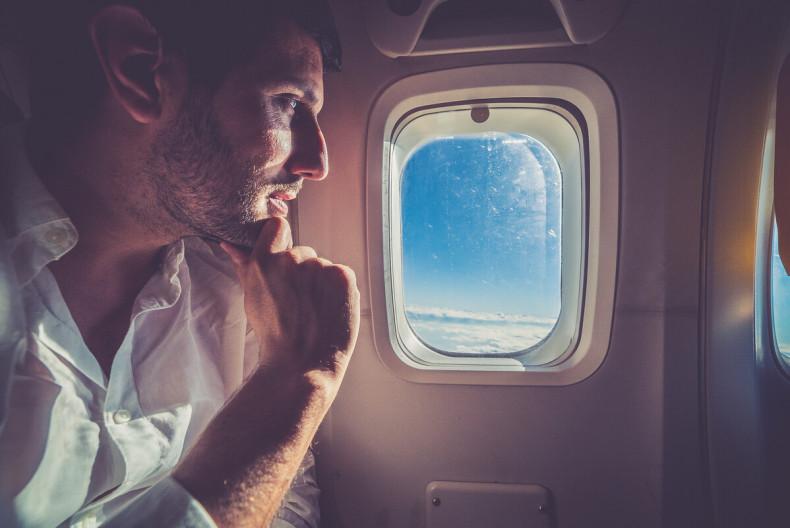 Long-haul flights have been associated with the development of a pulmonary embolism.

A pulmonary embolism is a blockage in the arteries of the lungs, normally caused by a blood clot. Sometimes, patients may get a more severe form of the condition called a 'high-risk pulmonary embolism' which can be fatal. Our specialists can rapidly diagnose and treat this condition with minimally invasive techniques tailored to the patient.

What is a pulmonary embolism?

A pulmonary embolism is a blockage in the arteries of the lungs. It most often occurs when a blood clot develops in another part of the body – usually in the deep veins of the legs – and breaks away to become lodged in the lungs.

It is one of the most common cardiovascular (heart and blood vessel) diseases after heart attacks and strokes and can occur in anyone. However, some things can make the chances of having a pulmonary embolism more likely.

Risk factors include not moving for long periods of time, such as during a long-haul flight or prolonged bed rest, and pregnancy and taking oral contraceptives can increase the risk in women. A family history of clots (e.g. genetic conditions), recent surgery, dehydration, cancer and COVID-19 infection can also increase the chances of pulmonary embolism.

Some patients can experience what is called a ‘high-risk pulmonary embolism’. This occurs when more than 50% of the blood circulating through the lungs is blocked.

When this happens, the right side of the heart has to work harder to push blood through the lungs. Over time, this increased demand on the heart can lead to heart failure. Unfortunately, up to 65% of people with high-risk pulmonary embolism die, but prompt treatment can reduce this down to 20%.

The symptoms of a high-risk pulmonary embolism can vary depending on the size and location of the blockage in the lung’s arteries.

The most common symptom is pain under the breastbone (the centre of the chest) or on one side of the chest. The pain has a variety of qualities: it may feel sharp, stabbing or dull and heavy. Pain can also worsen with deep breathing.

“When a high-risk pulmonary embolism is suspected, it is important that patients are assessed by a doctor as soon as possible to confirm the diagnosis and determine the severity of the pulmonary embolism,” explains our cardiothoracic and interventional radiologist, Dr Carole Ridge.

“At Royal Brompton and Harefield Hospitals we have expertise in dual-energy CT pulmonary angiography which is a specialist diagnostic tool which accurately diagnoses the presence, location and extent of a pulmonary embolism. This technique helps develop the best treatment strategy and has been particularly useful in the case of high-risk pulmonary embolism.” 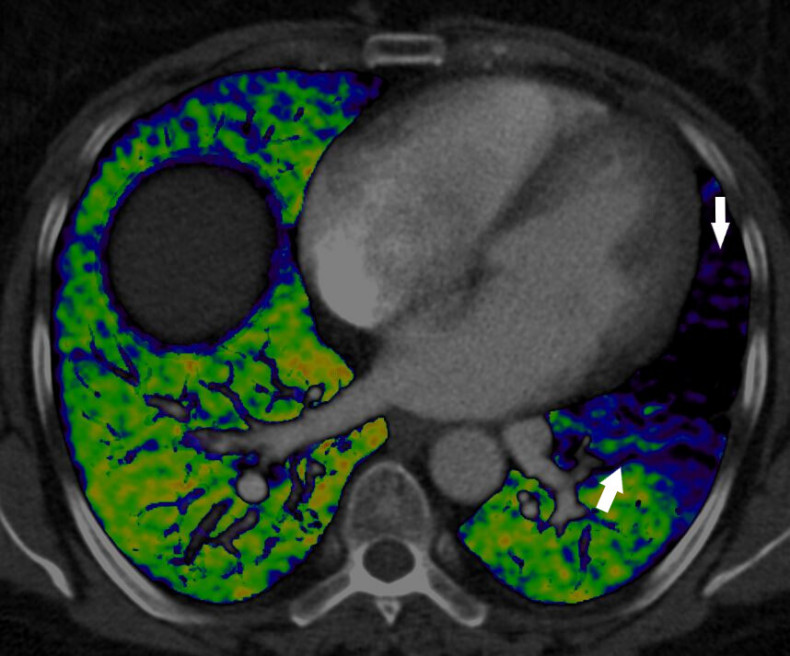 Dual energy CT is an emerging technology that combines two X-ray beams to predict the function of the lung’s blood vessels. This image demonstrates the effect of a blood clot in the left lung which is preventing blood from reaching the lungs (arrows) and as a result, preventing the oxygenation of blood in this part of the lung. The normal lung is well supplied by blood vessels (shown in green).

We offer two recently approved minimally invasive treatments for high-risk pulmonary embolism at Royal Brompton Hospital. They can be used in combination or by themselves depending on the condition of the patient.

Thrombolysis is a treatment that is used to dissolve clots in blood vessels. Historically, patients were given clot dissolving drugs through a vein in the arm but this can cause problems in patients who are more likely to bleed.

As drugs administered through a vein are more likely to circulate through the body rather than directly where they were needed at the site of the clot, they increase the risk of internal bleeding, including in the brain.

We use an advanced technology called the EkoSonic Endovascular System to dissolve clots in the lungs locally.

The EkoSonic Endovascular System enables the delivery of blood dissolving drugs directly to the clot in the lungs, where ultrasound waves are used to loosen the clot and accelerate absorption of the drugs.

During the procedure, a thin tube (called a catheter) with the device at its end is directed through a vein to the clot in the lungs where the drug is delivered locally. Ultrasound waves are used to loosen the clot and enable the drug to be delivered more deeply. This works to dissolve the clot quickly.

“For patients that are not suitable for thrombolysis, such as those at increased risk of bleeding, mechanical aspiration thrombectomy is an alternative option to treat high-risk pulmonary embolism,” explains Dr Ridge. 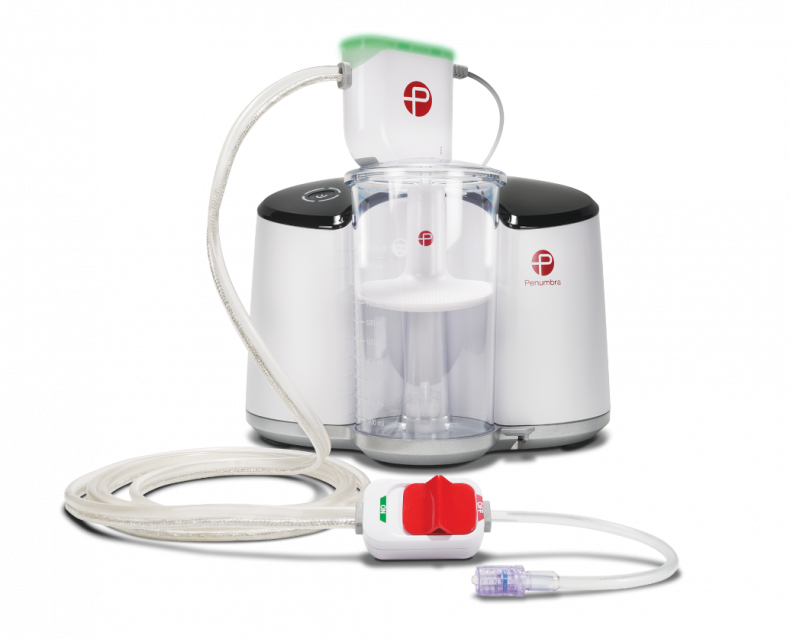 The indigo aspiration system is used to suck out a clot from the lung’s arteries.

Aspiration thrombectomy is a procedure where a suction device is delivered to the site of the clot in the lungs via a vein to remove the clot. It can be used with or without clot dissolving drugs depending on the patient’s condition.

“Our interventional radiology team are pleased to be able to offer these two different minimally invasive procedures to treat high-risk pulmonary embolism at our hospitals, enabling us to tailor treatment to the needs of our sickest patients” says Dr Ridge.

“For the best results, patients are assessed by our team of experts in radiology, intensive care and pulmonary hypertension medicine."

Helping a COVID patient get back home 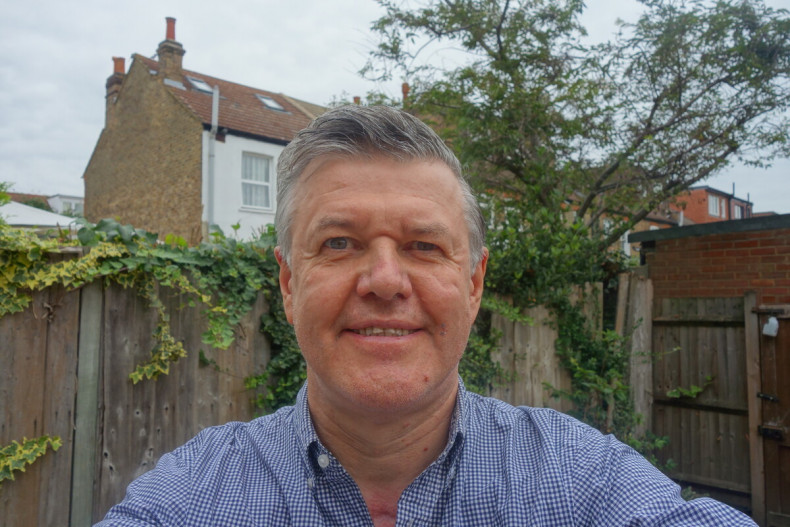 As a journalist, Bill was used to covering stories about others, but it was his own experiences of COVID-19 infection that made him the subject of national news last year.

Following some breathing complications associated with the infection, he was admitted to West Middlesex University Hospital for treatment and monitoring. “Although I’m in my 50s, I was relatively fit and healthy and thought I would get better with a bit of oxygen and rest,” Bill explains.

Unfortunately, his condition rapidly deteriorated and the medical team advised him that he would need to be sedated and transferred to Royal Brompton Hospital to be placed on ECMO life support.

ECMO, which stands for ‘extracorporeal membrane oxygenation’, is a life-support machine which can replace the function of the heart and/or lungs. It is used for patients suffering from life-threatening conditions which cause these organs to fail – such as severe COVID-19 infection, giving healthcare teams precious time to treat the underlying cause.

While on ECMO, Bill experienced a range of complications due to the infection, including a high-risk pulmonary embolism.

“Bill was already in a very critical condition when he suffered from an acute pulmonary embolism. Luckily, he was under the watchful eyes of Dr Brijesh Patel, one our ECMO consultants who, along with his team, spotted the deterioration quickly,” explains Dr Ridge.

“We used the acoustic pulse thrombolysis procedure to reduce the pulmonary embolism and are pleased to report the treatment was a success.”

Bill was on ECMO life support for a total of 32 days at our hospital. Months after leaving our hospital, he is still suffering from the long-term effects of his illness including problems with his heart, lungs and walking. However, he remains positive. 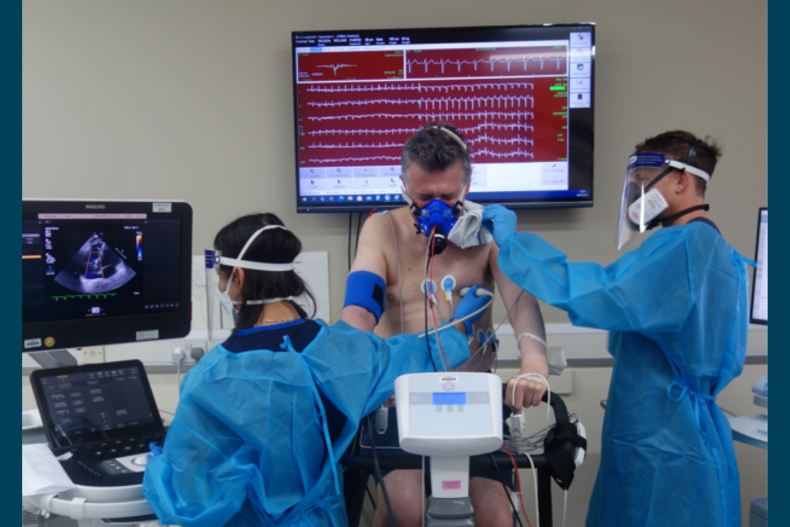 “I was unconscious throughout most of my stay at Royal Brompton Hospital, but I know that I am still here because of the life-saving treatment I received from their team who dutifully watched over me night and day,” says Bill.

“I still have a long road ahead of me in my recovery, but I am so grateful to still be under the care of the team at Royal Brompton.”

To find out more about our high-risk pulmonary embolism treatments, please contact our team. 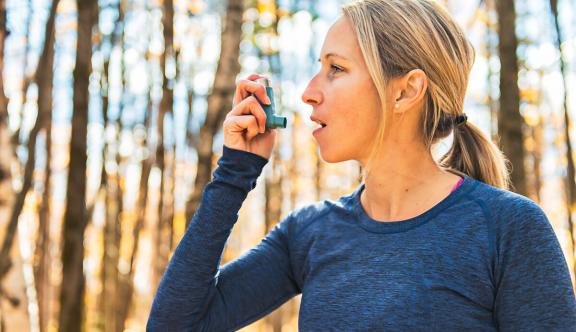 Heart health
Should I get my heart checked before a 5k run? 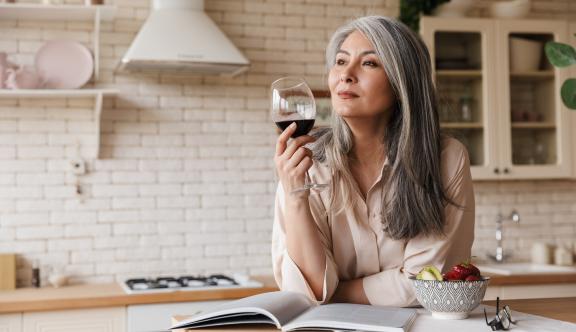 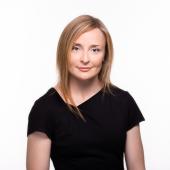