Cardiac sarcoidosis is a rare condition that is challenging to diagnose due to its non-specific symptoms. However, if discovered too late, it can lead to potentially life-threatening arrhythmias and heart failure. Dr Vasilis Kouranos, consultant respiratory physician at RB&HH Specialist Care, tells us more about this condition.

Many patients have no symptoms and the disease is often diagnosed by chance, following a diagnostic test to rule out another condition. Although there is no definitive cure, there are treatments which can significantly improve a patient’s prognosis and quality of life.

The cause of the disease is unknown, but research suggests it may be linked to an over-reaction of the immune system to infectious and environmental agents – including allergens. Any age group can be affected, but the majority present between 20 and 45 years of age.

Furthermore, genetics can play a part, with family members of those with sarcoidosis having a five-fold increased risk of being affected. Also, people of African/Caribbean or Northern European (Scandinavian) descent have a higher incidence of the disease, suggesting a genetic predisposition in these ethnic groups.

Cardiac sarcoidosis is a rare manifestation of the disease which can potentially become more serious and requires specialist management. Clinically overt disease is identified in approximately 5-10 per cent of all sarcoidosis patients. However, recent research conducted by experts – including Dr Kouranos – suggests that this may be as high as 30 per cent, with most cases being undiagnosed.

Cardiac sarcoidosis can affect any part of the heart muscle, causing a range of symptoms depending on the part of the heart affected. This can lead to an arrhythmia and, in advanced cases, heart failure. Cardiac involvement is responsible for up to 75 per cent of deaths from sarcoidosis, which is why it is an important condition not to miss.

Diagnosing cardiac sarcoidosis can be challenging, particularly as symptoms do not appear until structural changes or rhythm abnormalities have occurred, by which time the patient’s prognosis may have already been affected.

Clinical manifestations are also nonspecific, depending on the location and extent of inflammation caused by the granuloma. Complete heart block is the most common manifestation of the disease seen first and is reported in 25 to 30 per cent of patients. 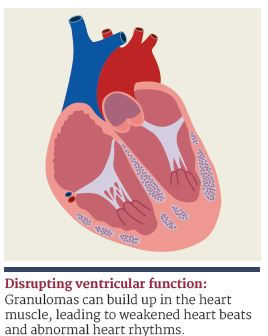 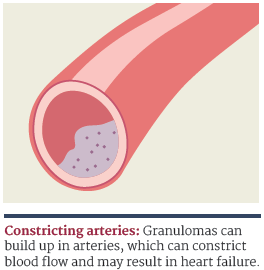 When to suspect cardiac sarcoidosis

There are four patient types to consider for referral:

1.) Patients with known systemic sarcoidosis elsewhere in the body, with the following symptoms:

3.) Unexplained ventricular arrhythmias originating from the ventricle at any age. 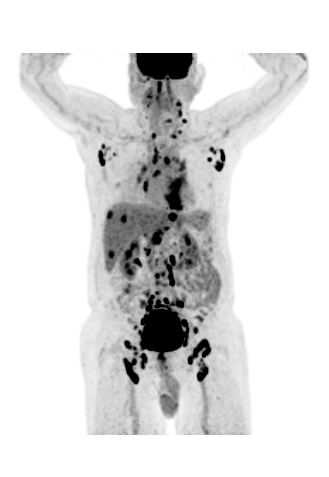 A 65-year-old male presented with ventricular tachycardia (treated with amiodarone) and had a past history of lung sarcoidosis. The maximum intensity projection image shows extensive inflammation of multiple chambers of the heart, liver and multiple groups of lymph nodes suggesting multi-organ sarcoidosis.

Controlling the disease as early as possible

Treatment for cardiac sarcoidosis can be divided into two main parts, which should be jointly evaluated: 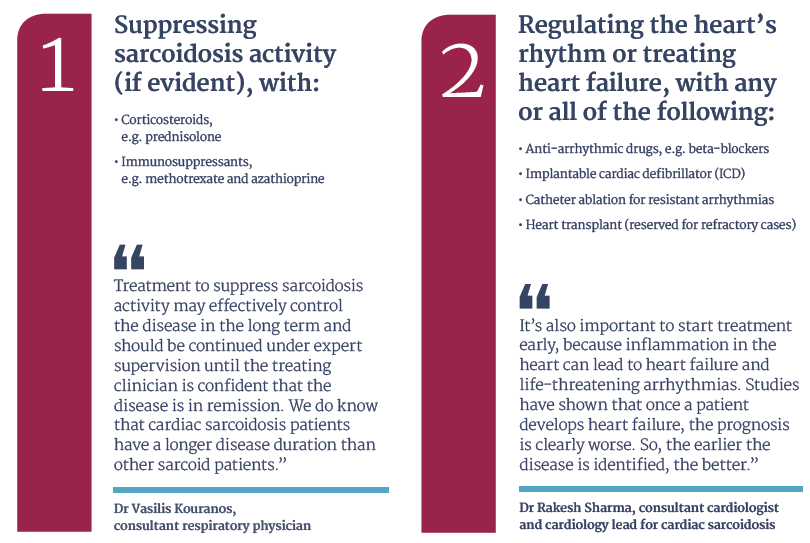 Our multi-disciplinary approach makes the difference

Due to the non-specific symptoms of cardiac sarcoidosis, expertise in multiple areas is needed to make an accurate diagnosis.

This includes experts in echocardiography, MRI and PET imaging, cardiology and respiratory medicine. These specialists come together as part of a multidisciplinary team (MDT) to look at each individual patient in-turn to make an informed, accurate diagnosis utilising all their expertise.

Together, they can detect not only the presence of the disease, but also features of disease activity, which could be targeted using effective treatment strategies. The combination of cardiology and respiratory expertise allows the design of a precise treatment strategy for each individual patient focusing on both elimination of myocardial inflammatory activity, remodelling of structural changes and prevention of life-threatening complications such as major arrhythmic events.

“This MDT approach to diagnosing cardiac sarcoidosis was first developed by Royal Brompton Hospital, and has been widely accepted by international colleagues. This has resulted in MDT meetings being set up in other centres.

Wihtout an MDT, the diagnosis of the condition is not easily made and may be inaccurate, and the treatment plan may be sub-optimal" explains Dr Sharma.

One of the most interesting cases I’ve worked on with the MDT was a 43-year old patient with sarcoidosis.

But whilst we were discussing his case during our MDT, Professor Wells mentioned that his patient felt a bit more breathless than normal.

Following this, we requested an MRI as part of his screening and discovered that he had extensive cardiac involvement and highly active disease.

This led to us to refer him for an ICD to protect his heart, as his ejection fraction was rather low.

And this helped him, as it has guaranteed his safety in the long-term, but also the sarcoidosis-specific treatment led to complete remission of the disease activity.

So, the key learnings from this case is that, first, you need to perform an echocardiogram to make sure there is no heart failure in every patient that reports disproportionate breathlessness. But also, if you have a patient with sarcoidosis, you must often consider cardiac involvement even when the patient reports disproportionate breathlessness.” 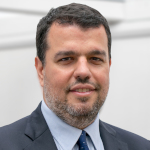 Dr Vasilis Kouranos is a consultant respiratory physician and honorary senior lecturer at Imperial College London. He is an expert in managing cardiac sarcoidosis and is a board member of Sarcoidosis UK. 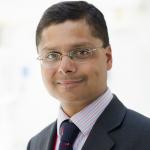