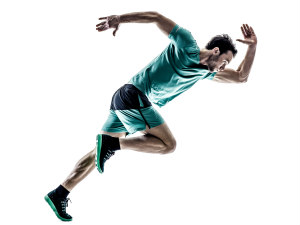 Exercise should be an important part of a healthy lifestyle. But high-intensity sport may trigger a cardiac event if you have an undetected cardiovascular condition.

Pheidippides, the original ‘marathon man’ who ran from Marathon to Athens in 490BC, has two claims to fame. Not only was he the first person known to run what became known as a marathon. He is also the first man to die as a result, reportedly collapsing immediately after delivering his message of the Greek victory in the Battle of Marathon.

Over the years, the popularity of endurance sports like running, swimming and cycling, has soared. In many athletes, this leads to changes to the heart, described by some scientists as ‘pheidippides cardiomyopathy’.

Pheidippides cardiomyopathy refers to a series of effects induced by strenuous exercise. These consist of acute changes in the metabolism with increased oxygen demand, alterations of the loading conditions of the heart, and excretion of catecholamines. These are followed by sub-acute effects on the heart, which eventually become chronic with regular training.

One of the most common features of Pheidippides cardiomyopathy is an arrhythmia called atrial fibrillation. This is an irregular and occasionally fast heartbeat coming from the atrium, which controls the heart rhythm.

Detailed investigations are necessary to determine whether atrial fibrillation is caused specifically by athletic training only. If other causes are involved, the risks and the management are significantly different.

Managing atrial fibrillation in athletes can be challenging, as the medication is usually not tolerated or is not effective enough. High endurance athletes typically have a slow heart rate, and the medication to control atrial fibrillation further reduces the heart rate, so it may cause symptoms of dizziness at rest. Moreover, it often causes fatigue and reduced exercise performance.

Detraining is one alternative option, but it may not be the athlete’s preferred choice. Atrial fibrillation ablation is another alternative intervention that has shown favourable results.

The major concern in athletes is sudden death, although the incidence of sudden cardiac death in athletes is estimated to be as little as 1 in 23,000, compared to 1 per 300,000 among the general population.

Most people who suffer sudden deaths in sports are men, particularly in sports where regular bursts of explosive activity are involved. The risk is largely determined by the presence of an underlying cardiac problem.

Symptoms of hypertrophic cardiomyopathy include pain or discomfort in the chest, breathlessness, palpitations or loss of consciousness.

The most commonly used diagnostic tool for hypertrophic cardiomyopathy is the ECG, which shows some changes in about 40 per cent of highly-trained athletes.

This can change with detraining, but in many cases has led to athletes being disqualified from taking part in sport. A certain feature of the ECG can suggest high-level training rather than hypertrophic cardiomyopathy, and there is a long list of markers that need to be looked at.

A 24-hour monitor is usually helpful to record the heart’s rhythm over longer periods of time.

Imaging of the heart is essential and is usually delivered by echocardiography and cardiac magnetic resonance testing.

A detailed family history is another important way to provide context and determine the probability of outcomes for those undergoing screening, helping to identify subtle conditions that may otherwise be missed.

The fact there is a long list of criteria to try and differentiate the condition of an athlete’s heart from hypertrophic cardiomyopathy suggests that the final conclusion cannot be based on one single marker.

If athletes are diagnosed with hypertrophic cardiomyopathy, they begin a different pathway of assessment and risk stratification, and the risks of sudden death and stroke are evaluated in a different way

Another condition related to high-intensity sport is arrhythmogenic right ventricular cardiomyopathy. In its generic form, this presents with thinning of areas of the heart, mainly in the right ventricle, associated with replacement of the heart muscle by scar and fatty tissue.

It first presents with electrical abnormalities in the heart, before structural changes occur. It can present very subtle signs in the early years; however, as these signs are often missed, it is associated with the increased risk of sudden death.

Diagnosis depends on a long list of criteria, but family history plays a significant role. Although the first person presenting in a family may have a clear manifestation, relatives will typically only have electrical changes without showing signs of any structural changes in the heart.

These changes can be picked up by an ECG, Holter monitor, and in exercise tests. Detailed screening can detect early changes and evaluate possible risks. The overall risk appears to be related to the progression of the condition and the symptoms. The changes in the heart affect both sides of the heart and they can be best identified with cardiac MRI. The condition can also progress over time, so follow up evaluations are recommended.

Despite the issues highlighted, endurance sports can be very rewarding and form an important part of a healthy lifestyle. However, it is also important to be aware of the risks that, for some people, strenuous activity can lead to cardiac complications, benign arrhythmias and possibly long-term changes in the heart. 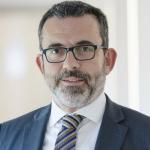