Patients with severe heart failure are treated with gene therapy for the first time in the UK.

Two clinical trials announced this week mark the culmination of more than 20 years of research funded by the British Heart Foundation (BHF) at Imperial College London and Royal Brompton Hospital. SERCA2a has been identified as an important factor affecting how well heart muscle cells can contract in people with heart failure.

Heart failure, when the heart is unable to pump blood adequately, affects more than 750,000 people in the UK, hindering day-to-day activities and causing breathlessness.

The new therapy is designed to increase the levels of SERCA2a protein in heart muscle cells by using a harmless virus to insert extra genes into the cells.

The UK lead investigator for both studies, Dr Alexander Lyon, consultant cardiologist at Royal Brompton Hospital, said: "Heart failure affects more than three-quarters of a million people across the UK. Once heart failure starts, it progresses into a vicious cycle where the pumping becomes weaker and weaker, as each heart cell simply cannot respond to the increased demand."

The trials will be led in the UK by scientists at Imperial College London and cardiologists at Royal Brompton Hospital and in collaboration with its sister hospital, Harefield Hospital, along with doctors at several other UK hospitals.

"Our goal is to fight back against heart failure by targeting and reversing some of the critical molecular changes arising in the heart when it fails."

The treatment was developed by Professor Sian Harding, professor of cardiac pharmacology and head of the BHF Centre for Regenerative Medicine at Imperial College London. "It’s been a painstaking, 20-year process to find the right gene and make a treatment that works, but we’re thrilled to be working with cardiologists to set up human trials that could help people living with heart failure."

The trials are the next step in the research after laboratory studies found that gene therapy can be used to effectively restore function to the failing heart, in collaboration with colleagues from the United States. 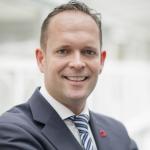