Category
In the media Heart 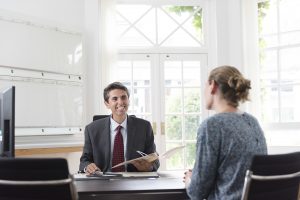 Women are being left at risk of repeat heart attacks and early death because doctors see heart disease as a male problem, a new study has shown.

Researchers from The University of Leeds and the British Heart Foundation claim women are dying because many are not offered stents to unblock arteries, or prescribed statins, after their first heart attack.

Around 42,000 men and 28,000 women die from coronary heart disease in Britain each year, with most deaths related to an original heart attack.

But the new study, which looked at data from more than 180,000 people over 10 years, found three times the expected number of women died in the first year of a heart attack, compared to men.

Experts claim women are being denied life saving treatment because they are not considered at high risk.

“We need to work harder to shift the perception that heart attacks only affect a certain type of person,” said Professor Chris Gale, professor of cardiovascular medicine and honorary consultant cardiologist at the University of Leeds who co-authored the study.

“Typically, when we think of a heart attack patient, we see a middle-aged man who is overweight, has diabetes and smokes. This is not always the case. Heart attacks affect the wider spectrum of the population – including women.”

“The findings from this study suggest that there are clear and simple ways to improve the outcomes of women who have a heart attack ­­– we must ensure equal provision of evidence-based treatments for women.”

The research found that women were less likely than men to receive the recommended treatments after a heart attack.

Women who had the type of attack where the coronary artery is completely blocked by a blood clot, were 34 per cent less likely than men to receive procedures which clear blocked arteries and restore blood flow to the heart, such as bypass surgery or a stent.

Critically, when women did receive all of the treatments recommended for patients who have suffered a heart attack, the number of women dying decreased dramatically.

Previous BHF research has also shown that women are 50 per cent more likely than men to receive the wrong initial diagnosis and are less likely to get a pre-hospital ECG, which is essential for swift diagnosis and treatment.

“The findings from this research are concerning – women are dying because they are not receiving proven treatments to save lives after a heart attack.”

“We urgently need to raise awareness of this issue as it’s something that can be easily changed. By simply ensuring more women receive the recommended treatments, we’ll be able to help more families avoid the heartbreak of losing a loved one to heart disease.”

Researchers worked with the Karolinksa Institutet in Sweden, and the findings are based on Swedish health records between 2003 and 2013. But Sweden has one of the best healthcare systems in the world, so the experts believe the situation could be even worse in Britain.

“Sweden is a leader in healthcare, with one of the lowest mortality rates from heart attacks, yet we still see this disparity in treatment and outcomes between men and women,” added Professor Gale.

“In all likelihood, the situation for women in the UK may be worse.”

The research was published in the Journal of the American Heart Association.