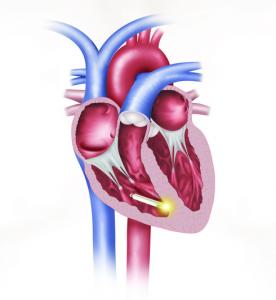 A patient at Royal Brompton Hospital as one of the first in the UK to be fitted with an innovative new pacemaker that works without leads.

Bill Hill, 78 from Buckinghamshire, was implanted with a Nanostim™ pacemaker to treat slow heart rate in atrial fibrillation (AF).

Bill had the Nanostim fitted in December 2015 and was discharged the following day. Consultant cardiologist and electrophysiologist Dr Tom Wong performed the procedure.

A leadless pacemaker is less than 10 per cent of the size of a conventional pacemaker and is implanted directly into the heart via a catheter. Once inserted, the leadless pacemaker securely nestles inside the heart, sending small pulses of electricity when needed to prompt the heart to beat at a normal rate.

In addition to the Nanostim™, another model of the revolutionary device is the Micra™ transcatheter pacing system (TPS), and unlike conventional pacemakers, neither of these leadless pacemakers require a surgical pocket (nor scar or lump) for the pacemaker.

The pacemaker battery life is at least equivalent to (if not long lasting than) that of the conventional single chamber pacemakers – with 9 to 13 years of battery life. If the batteries do need to be changed, the device can be retrieved and the battery replaced with ease.

Further benefits include minimal mobility issues in the shoulder, which can be experienced in those who are fitted with a conventional pacemaker.

"We are excited about the potential advantages that leadless pacemakers could bring to patients. This revolutionary technology offers an alternative to conventional pacemakers for patients who would benefit from a less-invasive procedure. These devices have the potential to help many people with heart rhythm problems and we are hoping to implant them in more patients who would benefit from this approach in future." 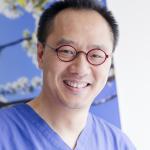