New research carried out by experts at Royal Brompton Hospital suggests a possible link between cancer and the deterioration of heart function.

Common cancer treatments, particularly chemotherapy and drugs, are known to be potentially toxic to the heart, however findings from this study –  presented at EuroEcho-Imaging 2015 in Seville – indicate that cancer itself may possibly be accountable for damage to the heart, regardless of exposure to any cancer treatment.

As part of the study, echocardiography has been used as a more subtle, and relatively new, measurement of heart muscle function, known as strain. A reduction in strain is often an early symptom of heart muscle fibres not contracting well; this may occur before any notable change in ejection fraction (EF). Previously, strain has revealed to be an early predictor of future decline in heart function for cancer patients receiving certain chemotherapy agents.

The researchers compared strain in 79 cancer patients. All were known to have a normal EF (of 55 per cent or more) and no pre-existing heart conditions. A further 20 healthy individuals were matched to the cancer group for age and gender. The findings showed that overall the cancer patients had reduced strain measurements compared with the healthy controls.

"Our findings raise the possibility that cancer itself - and not just the drugs used to treat it - may have an adverse impact on heart function. Although a relatively small-scale study, the results show that more research is now needed to further investigate this link. If proven, it could change the way cancer patients are cared for in the future with regards to protecting their heart health." 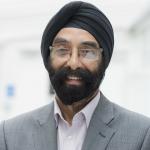