A unique journey to restoring a boy's heart function to normal 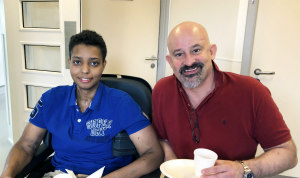 At Harefield Hospital, our specialist teams have experience treating extremely complex cardiothoracic cases. Here is the story of Abdullah, a 16-year old patient from the Middle East, who despite suffering from catastrophic heart failure, managed to make a full recovery with the help of our treatment and care.

The day before Abdullah became unwell, his father recalls that it was a normal evening for his family eating dinner together and watching football on TV. His son was happy and healthy. But the next morning Abdullah unexpectedly collapsed by his bed and had to be rushed to a local hospital.

He had suffered a massive pulmonary embolism and the right ventricle of his heart failed, despite him previously having a healthy heart.

The overseas medical team conducted a number of emergency procedures to help restore his blood flow, including extracorporeal life support (ECMO) followed by a ventricular assist device (VAD) implantation in his right ventricle.

Why was a VAD implanted?

A VAD is an implantable mechanical pump used to support the heart’s function and restore normal blood flow when a patients’ ventricles are failing to do so. They are used until a heart transplant can be performed or the heart recovers enough to pump by itself (where the VAD is removed).

A VAD can be placed in the left ventricle (LVAD), right ventricle (RVAD), or both. However, an LVAD is most common. Mr André Simon, consultant cardiothoracic surgeon at RB&HH Specialist Care, explains why: “The circulation, anatomy and physiology of the right ventricle is very different to that of the left. This makes it difficult to design an ideal mechanical pump for right ventricular support.

“In the rare cases where right ventricular support is needed – LVADs are often adapted for RVAD use. This is not ideal and is preferably only used as a short-term solution. It really is a last resort for the most severe cases of heart failure – such as this one.”

In Abdullah’s case, despite implanting an RVAD, his condition continued to worsen. At this point, the overseas medical team contacted Harefield Hospital, requesting emergency admission.

Mr Simon recalls when he first saw Abdullah: “He was in the most catastrophic state you could think of. Whilst overseas, he had endured a one-month intensive care stay; he was intubated and ventilated, placed on ECMO to take over the function of the lungs and had an RVAD implanted. Additionally, he underwent multiple emergency operations, including vascular grafts (redirecting normal blood flow from one area to another by bypassing diseased vessels and reconnecting healthy blood vessels), and received intensive treatments for pressure ulcers and infections.”

His father adds that when Abdullah was first admitted to Harefield Hospital’s intensive therapy unit, he “could barely open his eyes, couldn’t talk and had to be tube-fed”.

After almost 11 months of extensive rehabilitation at Harefield Hospital, Abdullah regained enough strength to undergo a procedure to remove the RVAD and allow his heart to pump by itself again. However, due to the complexity of right ventricular support, this wasn’t going to be easy.

Thankfully, Harefield Hospital is one of the world’s leaders in using VAD technology. Experts at the hospital, including Mr Simon, have been performing VAD treatment for over 20 years, and it has one of the highest success rates in the UK.

With the assistance of Professor Ulrich Stock, consultant cardiothoracic surgeon at RB&HH Specialist Care, Mr Simon successfully removed the RVAD, and with the support of the rehabilitation team, Abdullah made a full recovery and was able to return home.

Mr Simon adds that Abdullah’s successful recovery was due to the efforts of a multidisciplinary team: “This is only possible in a hospital or in an environment where you have a very strong team that can work together seamlessly to deliver exceptional results in the most difficult of circumstances like this.”

A feeling of being at home

It is also one of the very few centres in the world that is equipped with the skills, knowledge and facilities to treat patients requiring complex cardiac procedures such as this. 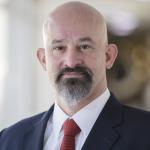