A new mother with a lung tumour received successful diagnosis and treatment from Ms Emma Beddow at Harefield Hospital. 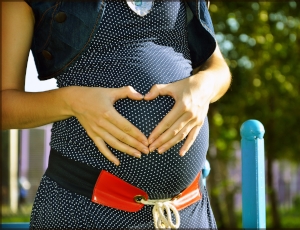 31-year-old Katherine Barrett had an episode of haemoptysis in May 2012 when she was 28 weeks pregnant. Over the previous five years, Katherine had experienced three or four episodes of small volume haemoptysis, coughing up around a teaspoon of blood on each occasion. A non-smoker, and otherwise fit and healthy, she sought advice for her most recent episode due to the fact she was pregnant.

Although Katherine had not suffered from symptoms such as breathlessness, chest pain or chest infection, a CT pulmonary angiogram (CTPA) was performed to rule out pulmonary emboli (a number of potentially fatal blockages in the blood vessels supplying blood to the lungs).

Fortunately, when the results came back, emboli were excluded. However, the scan did reveal a large tumour in the right upper lobe.

Katherine subsequently underwent a bronchoscopy and biopsy, but the results were felt to be non-diagnostic. As such, her consultant advised her to have her baby delivered at 32 weeks so that the right lung lesion could be investigated and definitively treated, probably with a pneumonectomy.

Time for a second opinion

Understandably, Mr and Mrs Barrett were both very worried and sought a second opinion.

They came across Harefield Hospital when researching the condition online, and booked an appointment as a private patient with Ms Emma Beddow, a consultant thoracic surgeon.

Ms Beddow organised for a CT-guided biopsy of the lung mass which confirmed her suspicions of carcinoid tumour. She allowed Katherine to wait until she was full term to deliver her unborn baby, shortly after which she performed lung sparing surgery in the form of a ‘right upper lobe sleeve resection’.

The surgery involved disconnecting the entire right lung, and removing the upper lobe containing the carcinoid tumour, along with part of the main airway to the right side. The remaining middle and lower lobes were then reconnected to the origin of the right main airway.

Katherine made an excellent post-operative recovery and was discharged home five days following the surgery. Surveillance 16 months postoperatively showed no evidence of recurrence of tumour and in fact Katherine was pregnant with her second child.

Speaking of her treatment, Katherine says:

“Words cannot express how lucky I have been to benefit from the clinical expertise of Ms Beddow. Her calm and confident approach to my complex case was a great relief at an extremely stressful time. I am delighted with the outcome of my treatment. My reduced lung function has very minimal impact on my daily life, allowing me to enjoy raising a healthy little boy and return to part-time work.”

“I was delighted to be able to help Katherine and her husband with decision-making and treatment at this very difficult time. A sensible approach helped this young lady to deliver her baby at full-term and undergo successful lung sparing surgery; an excellent outcome for all.” 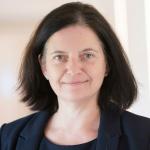