Sherell Hutchinson was 20 weeks pregnant when doctors made the discovery that her baby’s heart was not beating as it should. Her son, King-Elyon Smith-Britton, was just five days old when he became the youngest patient to be fitted with a heart pacemaker in 2003.

Sherell recalls: “It was a difficult pregnancy and when our baby, King-Elyon, was born six weeks prematurely the doctors warned us he might not survive. We were devastated. It was such a scary time for my husband Carl and I.”

King-Elyon was transferred to Royal Brompton Hospital and put under the care of Dr Jan Till, consultant paediatric electrophysiologist.

Dr Till explains: “King-Elyon’s heart rate was only 17 beats per minute compared to the average newborn baby’s heart rate, which is 60 beats per minute. We needed to fit him with an external pacemaker as an internal one would have been too big a risk.”

A pacemaker sends regular electrical impulses to the heart to help keep it beating normally. After a successful three-hour operation, Sherell and her family were advised that they needed to wait two days to see if King-Elyon’s heart would improve enough to allow a permanent pacemaker to be fitted.

Sherell comments: “Those two days felt like the longest of my life, I was so worried for my baby. But Dr Till visited us every day and reassured us that he was strong. Having her there to support us was invaluable.”

Dr Till said: “After two days King-Elyon’s heart had improved and he was in a stable condition. This meant we were able to put in a permanent pacemaker. As King-Elyon was only a few days old and so small, we had to implant the pacemaker in his abdomen and the leads were on the outside of his heart.”

After another successful operation, King-Elyon’s heart started to respond well to the permanent pacemaker.

Sherell recalls: “Every day he improved – it was amazing to see him move his little hand, or his little foot. The first time he opened his eyes and smiled at me, I cried with happiness.”

King-Elyon stayed in hospital for the next seven months and, when he was almost ready to go home, Sherell was taught how to administer the medication that he would need to continue taking.

Sherell recalls: “It was so amazing to be able to take King-Elyon home and be a proper family again. When we left Royal Brompton Hospital all the doctors and nurses came to say goodbye, which was so kind of them. Everyone was so happy that he was now well enough to come home.” 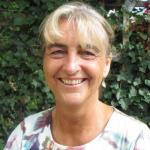