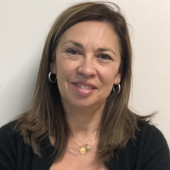 Professor Carvalho graduated with Honours in Brazil (MB BS) and initiated her Cardiology training in São Paulo. She obtained her PhD and completed her specialist training in paediatric cardiology in London. Since 1999, she has focused her interest in imaging the fetal heart throughout pregnancy and managing high-risk pregnancies (fetal cardiology). She is Head of ‘Brompton Centre for Fetal Cardiology’ at the Royal Brompton Hospital, Lead Fetal Cardiologist at St George’s Hospital and Professor of Practice at St George’s University of London.

She is Fellow of the Royal College of Paediatrics and Child Health (RCPCH), Fellow of the International Society of Ultrasound in Obstetrics and Gynecology, Chairperson of ISUOG Fetal Heart Special Interest Group and Associate Member of the Royal College of Obstetrics and Gynecology (RCOG). She was ISUOG Board Member and Trustee (2009-2016) and a Council Member of the British Congenital Cardiac Association (BCCA, 2016-2019).

Professor Carvalho has extensive experience in imaging the fetal heart and counselling families ‘at risk of’ or ‘affected with’ fetal congenital heart disease (CHD) at all stages of pregnancy. She pioneered the use of transabdominal fetal echocardiography in the first trimester of pregnancy (Lancet 1988) and is known internationally by her expertise in early scans (13-16 weeks of pregnancy).

Over the years, based on her extensive clinical experience, she has also developed additional interest on prenatal manifestations of inherited cardiac conditions (e.g. arrhythmias, cardiomyopathies and aortopathies) as well as structural heart disease in the fetus.

She published a novel Doppler-based technique to assess the fetal heart rhythm (Heart, 2006), published her experience in a Multicentre Study (Circulation, 2011) and has written review articles and book chapters on the subject.

Other interests include the heart in early pregnancy, changes in the fetal heart around the time of birth and prenatal manifestations of Inherited Cardiac Conditions. She has published in high impact journals and her work is cited extensively, reflecting its impact on clinical care of the fetus and child with CHD. She has also written book chapters in leading textbooks in Fetal Medicine and Paediatric Cardiology.

Professor Julene Carvalho has published in high impact journals and her work is cited extensively, reflecting its impact on clinical care of the fetus and child with CHD. She has also written book chapters in leading textbooks in Fetal Medicine and Paediatric Cardiology.

Professor Carvalho has a large educational portfolio. She lectures regularly in the UK and abroad, and often performs live scanning sessions at scientific meetings around the world. She is Director of two London-based courses (established 2001 and 2017) and has coordinated many international courses. She also regularly trains Clinical Fellows during her day-to-day clinical practice.