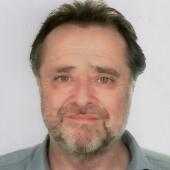 Mr Jullien Gaer is a consultant cardiac surgeon at Royal Brompton and Harefield hospitals, where he treats private and NHS patients.

He graduated from the University of London in 1983 and completed his postgraduate training at some of Europe's leading centres of cardiac surgery, including:

He became a fellow of the Royal College of Surgeons in 1986, and was awarded his Master of Surgery (University of London) in 1996.

He is also an accomplished exponent of coronary artery bypass surgery including total arterial revascularization.

He has worked extensively in the Middle East, China and South East Asia.

Mr Jullien Gaer is regularly invited to share his knowledge by speaking at international meetings. He is a member of the faculty of examiners of the Royal College of Surgeons of Edinburgh.

He is an honorary professor of surgery to the Chinese People's Liberation Army (the armed forces of China).