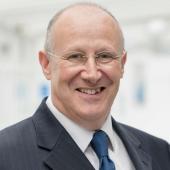 Dr Mark Rosenthal is a consultant in paediatric respiratory medicine and disorders of sleep at Royal Brompton Hospital and 77 Wimpole Street, where he treats private and NHS patients.

He graduated in 1981, achieving distinctions in paediatrics, surgery and pathology alongside winning six undergraduate prizes.

His research has also pioneered a new treatment for cystic fibrosis.

Dr Mark Rosenthal has over 80 peer-reviewed publications regarding his specialist interests.

Dr Mark Rosenthal has been invited to give lectures in countries across Europe, the USA, Japan, Peru and South Africa.

He has co-supervised three doctor of medicine research theses and one PhD.