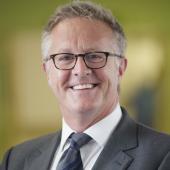 Professor Nick Cheshire head of vascular surgery at Royal Brompton and Harefield hospitals, where he treats both NHS and private patients.

He is also a professor of vascular surgery at Imperial College London.

Professor Nick Cheshire's is an expert in areas such as:

In 2010, Professor Cheshire led a city-wide review of vascular surgical services in London; the recommendations were adopted as the model for service delivery across the UK.

At the Royal College of Surgeons, he led a team in developing a national vascular skills training package, which has now been used in the UK for over 15 years.

Professor Cheshire has pioneered stent graft repair of thoracic and thoraco-abdominal aneurysms in the UK, reducing peri-operative mortality by up to 50 per cent. With colleagues in Bio-engineering at Imperial College London, the team have developed a novel helical stent and helical prosthetic arterial graft. These are less susceptible to kinking and fracture and with advantageous fluid mechanical properties. Following this research, a company now manufacture the helical graft and stent.

His research programmes have generated more than £12 million in funding and have won prizes in the UK, Europe and the USA.

Professor Nick Cheshire is a founding member of the British Society for Endovascular Therapy. He is the European representative on the council of the International Society for Vascular Surgery.

He is a member of the organisation and scientific boards of a number of gatherings:

He has previously been a council member of the Society of Academic and Research Surgery and the Vascular Society of Great Britain and Ireland.

New vascular service launched at Royal Brompton Hospital
Royal Brompton and Harefield Hospitals have recently launched a new integrated service for patients with cardiovascular disease. The service enables patients to be treated for circulation problems, both in the heart and the peripheral…
Contact us